Riobamba – a city of honourable firsts

Posted on May 1, 2012 by jessanddavetravel

That’s what our tour guide told us, and it is pretty sweet, but first things first.

Dave and I feel like we’re getting into the swing of the travelling thing a bit more now; even though a lot of the time we’re out of our comfort zone, our spanish is improving which means we feel less nervous asking people for help, or asking questions, or buying tickets for buses, or finding where we can get our laundry done. We’ve also found that finding a good hostel seems to make a lot of difference – there’s something comforting about being able to come home after a day of being pushed outside our comfort zones (which I guess you most know was pretty small to begin with!) and being able to turn on the tv and watch Two and a half men! So yes, things are good and exciting.

Our bus ride from Canoa was pretty nightmare-ish for Dave, spending the whole night feeling very sick, all the while listening to VERY loud spanish songs and smelling bus-toilet-cleaning-stuff. But, as he says, what would a trip around South America be without having that experience at least once (I’m pretty sure it won’t be the only time haha). I managed to peak out the window at about 2am to see a clear starry sky and the sillohuetes of the Andes we were crossing, pretty beautiful. We ended up staying in Quito a couple of nights for Dave to recover before heading to Riobamba – it was strange to feel like we were coming home when we took a taxi from the bus to our original hostal in Quito, when to begin with Quito was a strange and scary place to be!

So now we’re in Riobamba, a smaller town 4 hours south of Quito. We arrived at a hostal that we knew had a kitchen we could use, and that’s about all we knew. To our delight, it is AMAZING! It’s so cute and a bit kitsch, but not in an ironic way haha. It’s sort of castle-themed with stone walls and a few turrets around the place, stained-glass windows and doors, little ornaments around the place – dolphins (jelous Rebekah?), golden naked lady statue, gold swan flower pots, golden virgin mary (ofcourse), birds in a cage, two little dogs, 4 cats, a kitten, a rooster and a chicken! To top it all of, the lady running the place, and her son and wife, are super nice, helpful and patient with our spanglish.

Riobamba itself is also pretty cool. The area has the highest number of indigenous people in all of Ecuador, so most people we see are wearing ponchos, hats, colourful scarves and skirts, and long hair with ribbons. We really like the feel of this town, although it’s still big, it’s less busy than Quito, with cobbled street and the people seem a lot friendlier. We’ve had a great time catching up with Anke and Martin, finding a good steak-house and going crazy on all the meats, and going up to some hot-springs a bit out of town. Haha my jandals were stolen while we were there – they had holes in the bottom of them, very old, so I suppose the person who took them needed them more than I did! Unfortunately we couldn’t get a pick-up to take us back down to the town where we would catch a bus back to Riobamba to we had to walk on a partly tarsealed partly gravel road for about 30mins…luckily Anke is muy amable and gave me her socks to wreck.

Yesterday Dave and I mountain-biked down volcano Chimborazo. We went with a company, the guy we talked to when we went in to book gave us an hour-long rundown of the history of Riobamba, then explained everything we’d see on the way etc. which was awesome, and also lucky because our guide only spoke spanish! We managed to get the generaly gist of what he was saying though. I might get Dave to write about this trip…

it was prety dope we started biking at the climbing refuge on chimboraso which is 4750 meters high, it was crazy when you tried to walk up a small hill and it was such a mission. Anywho me being the perfect specimin of health had an ear infection and this altidtue was hurting a bit. We decided not to walk up further and head down the sweet gravel road on our mountatin bikes. It was rad!!! We hooned down the road and dropped over 2000 meters in 3 hours. We managed to sneak up on a herd of Vacunas which are small fluffly alpaca esc things. Me and jess forgot to put sun screen on an got a we bit burnt but thats ok. After that we where pretty shattered and made nachos for tea. Beans are legit.

Haha so there you go, Daves rendition of our biking trip. We also saw some sweet ruins where we stopped for lunch and got to try mineral water out of the ground that was still bubbly and yum. It was so nice to be out in the country, the scenery was amazing, seeing the patch-work mountains (to be cliche), and the friendly people hard at work, still in their beautiful dress. It was really cool. A nice way to see a bit more of Ecuador.

Today we had a nice lazy day, walking around the city, seeing a couple of protests (casual as), getting a good coffee, buying our bus tickets, and finding a coupley friendship braclets haha. Tommmorow we head to “colonial beauty” Cuenca, 6 hours south of here, the next adventure.

Lots of love to you all

Jess and Dave
Ps. We’ll add photos soon, the computer is not cooperating 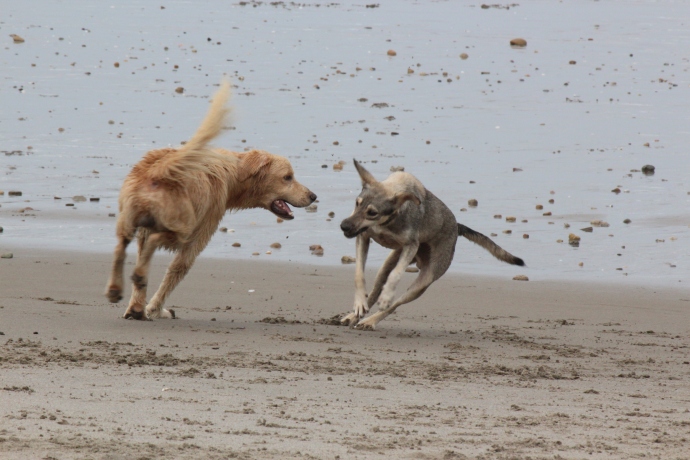 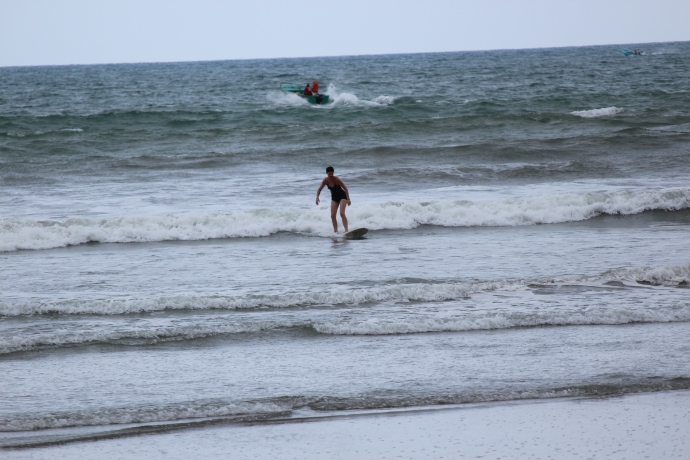 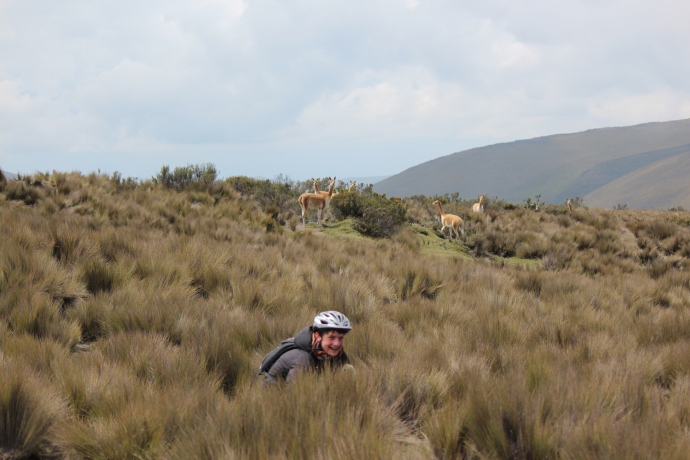 4 thoughts on “Riobamba – a city of honourable firsts”